The future for entertainment and leisure

It would be an understatement to say that the effects of the pandemic have been devastating for the entertainment industry so what is the future for entertainment and leisure industry. Once multi-billion pound industries of music, sport, entertainment and film crashed overnight to virtually non-existent levels.

While some feared for the future of live gigs and concerts after 6 months of restrictions on the music scene and entertainment industry we have in fact seen them embrace the Digital World much like other businesses around the Globe. From what was doom and gloom has seen amazing innovation and while it might never be quite the same the industry is fighting back.

We have seen socially distanced gigs in Newcastle upon Tyne where we saw the Virgin Money Unity Arena set up in Gosforth Park, extended over 45,000 square metres. The maximum audience capacity of 2500 in groups of up to 5 were given one of the 500 platforms to watch the show separated by 6 feet from the next group of concert fans. It was a concept we have never seen before but it could pave the way for future concerts all across the UK.

While not a new concept. Recording Artists have created concerts from their homes to live stream their music or latest collaborations over streaming platforms to eagerly waiting fans. Many record labels have supplied artists equipment to live stream from their own homes. By doing so most have likely opened an opportunity to reach a larger audience through the various platforms they use.

There has been virtual online live streamed gigs and concerts and festivals which have now become commercially viable. At the start of the lockdown the Nation was spoilt for choice with performances shown for free. These ranged from the Royal Shakespeare Company, ballet performances, West End Shows and classical concerts, all from the comfort of our sofas. A world that might have seemed inaccessible to some became a welcome distraction from the chaos the pandemic threw at us.

We have even had Music and TV award ceremonies done virtually, much like the online business networking events which have also live streamed virtual awards. No black dress fashion malfunction in sight for these but still the entertainment and the business worlds are giving recognition to their stars.

The drive-in movie has seen a resurgence across the UK with movie lovers able to watch a classic movie in the comfort of their cars. Although such a simple concept, the romantic symbolism of 1950’s America again brings such joy and optimism to the movie lovers who can pack a picnic and sit back and relax.

Like many other industries which have embraced working from home or WFH as it is becoming affectionately known, there is a cost saving element to the innovative ways the music and film industries have adapted to keep us entertained and more importantly kept us sane while we were in isolation and separated from our loved ones. It was that something ‘normal and familiar’ that although presented differently became the inspiration we were all looking for, it meant that adapting to change and working with the challenges rather than against them might mean that the industry might not only survive it will thrive.

From a practical point of view overheads will be reduced as technology and the ability to live stream D.J sets, gigs and concerts will be reduced. Having said that the impact will be felt by the often filled to the rafter exhibition halls, sports stadiums and entertainment venues. Social distancing will mean that once bustling venues will be at a reduced capacity. For venues like this looking to cut their costs will be essential at this time. While many more job losses are expected over the coming months leisure and tourism industries are crying out for an extension of the Chancellor’s Furlough scheme which is set to end in October.

While further job losses are inevitable there is light ahead in the tunnel for those in the creative and media industries. 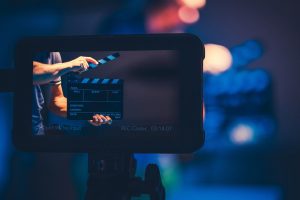 I wouldn’t forgive myself as a Brummie if I didn’t mention the potential opportunities of a TV, Film Studio and Media Hub that has ambitious plans to put Birmingham firmly on the map for the first of its studios in the Midlands-set to rival studios based around the M25. The Midlands creative industry is being championed by leading business figures like the Mayor of Birmingham Andy Street, and Stephen Knight the creator of Peaky Blinders (himself hoping to bring a studio complex to central Birmingham in the future) amongst various business support bodies like the West Midland Combined Authority and the GBSLEP. The creative industry is currently worth £4.1bn GVA and the emergence of AR and VR and other digital technologies has put the Midlands as a leader in these industries.

The exciting plans would see the creation of approx. 4000 jobs in the region, it will give local entertainment and creative industries opportunities to work on projects in TV and Film which would normally be missed to our Neighbours in the North and the South due to logistics. It has seen a true partnership of existing businesses and connections working together for the good of the region. It offers a unique opportunity to develop and grow a highly skilled talent pool of future industry innovators. It means that the many talented TV, Film and Production students graduating from BCU no longer have to leave the City to find work. While historically it seems that the Midlands has lost out due to it’s proximity to the South, the airport and new HS2 interchange bringing the soon to be 3rd London trainline to the region seems to demonstrate the appetite is very much in favour of a Midland’s Creative Hub

In spite of the current climate the resolve of the entertainment and leisure industries has seen true grit and determination. While job losses are a constant daily reminder that as a country we are still suffering from the shockwaves this pandemic has caused, it will by default enable the various sectors to evolve and hopefully over time job creation will be a part of the ongoing innovation and opportunities in entertainment and leisure industries. The UK Government plans to invest nearly double into the UK’s film and TV inward investment spend.

For an industry which has virtually stood still for 6 months, I think its appropriate to stand back and appreciate those who have innovated and evolved. Hats off to the estate agents that did virtual home viewings embracing VR technology, to the artists that shared their music, comedy or performances online, to the venues that set up in open space to provide gigs, concerts and drive in movies.

A big applause to the Government who pledge to double inward investment to grow Creative, Tech and Media industries. The investors who believe in a project like the Media Hub in Birmingham which is hopefully imminent. I doff my cap to Steven Knight for his vision of bringing a studio to the Midlands. A huge bravo to the sports venues that allowed matches to be played and live streamed and to the players that performed without the crowd supporting them from the side-lines.

Looking at new ways of working will by default cut some costs but innovating and adapting to change is the biggest lesson Covid-19 has taught us.

In summary, I am optimistic about the future of entertainment and leisure industries, I am also proud to be in a Region which is investing heavily in these sectors and aiming to become the benchmark for others to follow. The talent pool of the future to will be inspired to be part of what could be exciting times ahead.