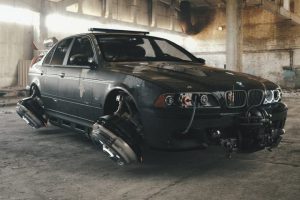 Yet by November 2021 it is looking more and more likely that flying cars are part of our future. There are plans to open an airport for flying cars, or more specifically taxis. It was announced back in January 2020 at the Consumer Electronics Show in Las Vegas, that Uber and Hyundai would work together and develop Uber Air Taxi Service.

Dubbed the Air-One facility, which will be at the heart of the country in Coventry, it is set to open for just one month. A huge collaboration between the private sector and government agencies and the aviation industry.

It is also a huge win for Coventry, having been named City of Culture for 2021 and with a lot of infrastructure due to expand the city and its links.

The objective for the pop-up airport is to prove that zero-emission hubs are the future for this mode of travel. It is estimated that the market value of flying cars is in the US is $500 billion. A market we can imagine a lot of sectors would be interested in investing into.

Of course, there will be challenges, such as legal regulatory constraints, public perception and of course infrastructure. To date within the UK there are no flying cars or passenger-carrying drones, so whilst there is certainly viable investment potential could it get off the ground?

Air-One hopes to be installed within days and set to become the smallest airport in the world. The compact design is to allow for implementation in towns and cities to allow electric air taxis and drones to recharge. The easy design allows for it to be dismantled and moved very quickly, creating hubs across multiple cities. 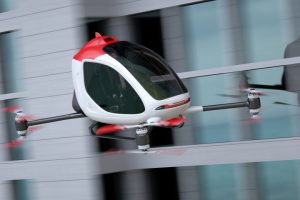 The ride-share is expected to carry four people at a time and to travel up to speeds of 290 km per hour at an altitude of between 300-600 meters. The idea being that travellers can make short distance journeys with less fuss and less carbon footprint. The upside being you’re not stuck in traffic in busy city centre for hours at a time.

It looks as though life is imitating art with the prospect of deliveries and people carrying cars flying into a future of short distanced air travel. We look forward to seeing the developments and opening later in the year.

Blue Garnet Ltd is a business hub, we have access to a network of industry specialists and trusted associates ensuring all sectors can easily access the help and support they need.

We specialise in R&D Tax Credits, helping many business sectors and every size of business no matter how big or small.